Sega announces that its retro compilation Sonic Origins will arrive on June 23 ! Announced at the same time as Sonic Colors in 2021, it will take over all the titles of the 16-bit era, but with some welcome improvements. The Japanese publisher has also unveiled the different editions of the game, as well as a new trailer, which can be viewed below.

Sonic Origins will be a best-of sonic on Megadrive, or Sonic the Hedgehog 1-2-3, sonic cd and Sonic and Knuckles ! Two game modes will be offered: classic and anniversary. The first will be a cut-and-paste of the basic versions, the second will bring infinite lives, increased resolution and the image will be full screen on modern TVs. In addition, this anniversary mode will offer new “cutscenes” in the form of animated cartoons! And that’s not all, you can earn money to spend in a museum, to unlock various bonuses! 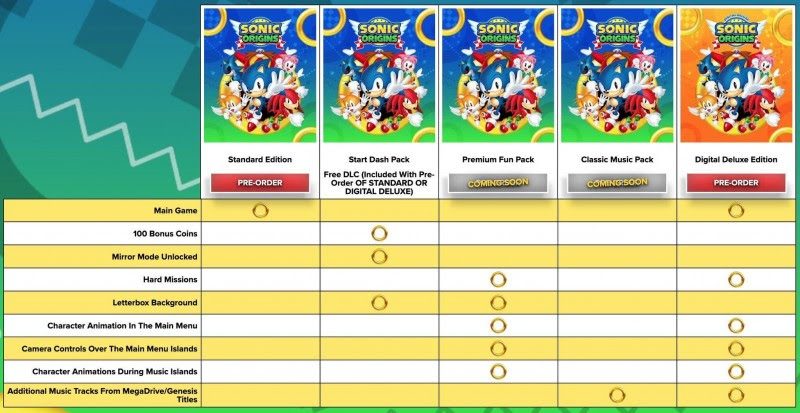 For any pre-order of the game (regardless of the version), you will be able to obtain the Start Dash Pack with 100 bonus medallions, the unlocked mirror mode and the Letterbox mode, using the Megadrive design. Two other packs are also planned, in the form of dlc and containing almost all the elements of the Deluxe edition.

Anything in terms of publishing approaching! Bringing an exhaustive and complicated choice as it is not allowed. It’s a long time ago when we bought a game in store, without dlc and devoid of multiple versions… That said, this Sonic Origins promises to be very complete to discover the franchise. Or simply have a good nostalgic trip for the older ones!